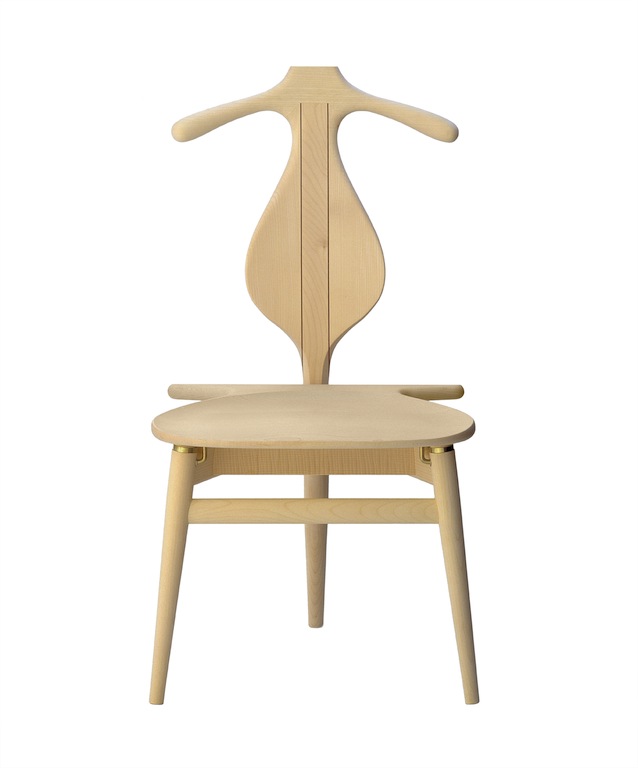 Fun often plays a major part in Wegner's work. And this is perhaps most obvious in The Valet Chair. The idea for the chair was conceived in 1951 after a long talk with Professor of Architecture Steen Eiler Rasmussen and designer Bo Bojesen about the problems in folding clothes in the most practical manner at bedtime. With The Valet Chair Wegner took the consequence of this discussion and united the demanded functions with a playful sculptural design. The top rail is shaped as a coat hanger while the seat is basically a box for storing. Originally the chair had four legs, but Wegner was dissatisfied with this solution and continued working on the chair. He ended by solving the rather heavy look by removing one of the legs. PP Møbler resumed the production of this three-legged version in 1982. 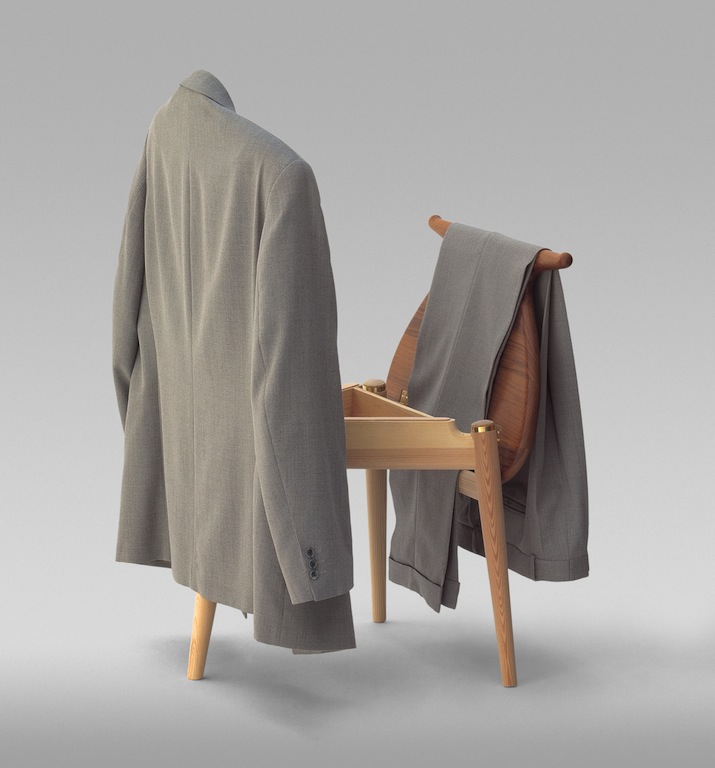